Once you have had nuisance wildlife removed from your home, there are many steps that need to be taken afterward. Between the clean-up, sanitation, and animal damage repairs, there are a lot of important steps. One of the most important is wildlife exclusion and attic restoration. These two often go hand in hand, as many nuisance wildlife problems occur in the attic. Continue reading to learn more about these two important services and how they can save you serious headaches and money in the future.

One of the main problems that nuisance animals cause is that they will create entry holes for future animal infestations. The purpose of wildlife exclusion is to cut off entry points for nuisance animals. In order to do this, a thorough inspection will need to be performed by an experienced professional. During this inspection, the common problem areas for pest animals will be examined thoroughly, as will the rest of the home. If there are any problem areas, they will be dealt with accordingly.

Since wildlife exclusion is focusing on a permanent solution to keep pests out, specific steps will be taken for specific parts of a home. The roofline, soffit, fascia, and roof are one of the most common entry points for different pests. If there are no readily-accessible entry points, many times these animals will make their own. In addition, oftentimes shingles are loose, and enterprising nuisance animals will use this weakness to force their way into your home. If a pest gets into your attic, there are some big potential problems possible. These animals will tear up insulation, chew through drywall and lumber, strip wiring, and allow more animals to come in. Another commonplace that some animals like to hole up is inside your chimney. If animals get in there they can possibly cause a fire, die and obstruct the chimney, or die and leave foul odors. The goal of wildlife exclusion is to seal up your attic, your roof, your chimney, and every other weak point of your home to prevent any nuisance animal infestations.

Since the most commonplace in a home for an animal infestation in the attic, there are some specific damages that can be caused up there that will need to be repaired. Attic restoration focuses on looking for any of the problems that animals have caused or any weak parts of your attic that were already existing prior to pests. Similar to the exclusion process, attic restoration involves the detailed inspection of your attic, looking for any areas of concern. If any are found, a professional will be able to repair them and keep future pests out of your attic!

Since nuisance animals often target the attic, these are some of the common damages. One of the biggest problems is the insulation that has been torn up or destroyed. Repairing insulation will save large amounts of money on energy bills in the long run. Chewed-up wires have the potential to cause fires, so these should be repaired in a timely manner. Finally, nuisance animals will chew on building materials, such as drywall, structural lumber, and other materials. These can have a negative long-term effect on the structural integrity of your home.

At Woodlands Wildlife Elimination, our experts have years of experience in performing exclusions and attic restorations in all kinds of unique situations. We pride ourselves on providing clients with services that prevent future infestations and save them costly expenses. If you live in Houston or the surrounding areas, give us a call at Woodlands Wildlife Elimination today!

Wildlife Can Cause Roof-Damage in Texas Home; Here is How to Repair it?

From squirrels to raccoons to rodents, Texas is home to an eclectic variety of wildlife. While these animals add life and diversity to the state, some are notorious for causing severe infestation issues.

Local wildlife like raccoons and opossums are notorious for residing in the attic. When you think about it, the attic’s warmth, safety, and comfy nature are irresistible to these wild critters. But unfortunately, these wildlife wreak numerous havoc in the attic!

At Woodlands Wildlife Texas, we help homeowners deal with wildlife infestation problems. But this post focuses on the roof-related damages caused by Texan wildlife and how to repair them.

Some of the roof-related damages wildlife wreck on Texas homes include:

Ventilation pipes, the external component of the roofing system, are vulnerable to wildlife attacks. They are damaged when animals try to get into the house. Although ventilation pipes have a protective boot to protect the pipe, these animals chew through the boot and pipe, causing several punctures, eventually resulting in water leaks and water-related damages.

At the very top of the roof, the ridge cap allows for the efficient travel of warm air outside the house. Ridge caps are usually made of rubber at the end, making them vulnerable to wildlife attacks. Animals like raccoons and squirrels can chew through this rubber cap to access the attic.

Shingles are flat, rectangular pieces of asphalt or composite roofing material applied to the base of the roof to help provide full coverage. Unfortunately, wild critters can chew through the shingles and roof sheathing.

Before repairing roof damages, you must first eliminate the wildlife infestation issue, so the same problem doesn’t reoccur. Thoroughly inspect your roof area to understand the extent of the infestation problem and develop a plan. If you have a wild critter in the attic, eliminate the animal using trapping or exclusion.

However, note that getting rid of wild critters on the roof can be challenging. That’s why it’s always best to seek professional help. Woodlands Wildlife Texas can help eliminate the nuisance critters and perform all the necessary roof repairs.

Here are some of our best tips for repairing roof damages:

If the damage is minimal, tar can be used to hold the shingles in place or fix the problem. For more severe damages, you will have to replace the shingles.

Leaks are one of the most common roof damages. They can be caused by wildlife chewing through the roof. To fix leaks, you must first inspect your roof to find out where the problem is. Tar can be used to close up small holes.

Wild critters sometimes break in through the chimney cap because of the warmth the fireplace provides. Damaged chimney caps will have to be replaced. Try replacing it with one made from galvanized steel.

Wild critters in the attic can also chew through wood. Animals like raccoons chew off wood to build their nest, while rats and mice gnaw on the wood just for fun. Damaged wood weakens the structural integrity of your roof and building. That’s why you need to reinforce the damaged roof in the roof area.

Fixing roof repairs can be expensive, depending on the extent of the repair. That’s why it’s wise to prevent wild critters from getting access to your roof area in the first place. Some of the tips to bear in mind include:

Wild animals cause damage to the roof. Dealing with the necessary repairs can be challenging for several reasons, from the fear of working at height to the technical expertise required to do a thorough job. That’s why we’re here at Woodlands Wildlife Texas to help you with effective roof repairs. Contact us today! 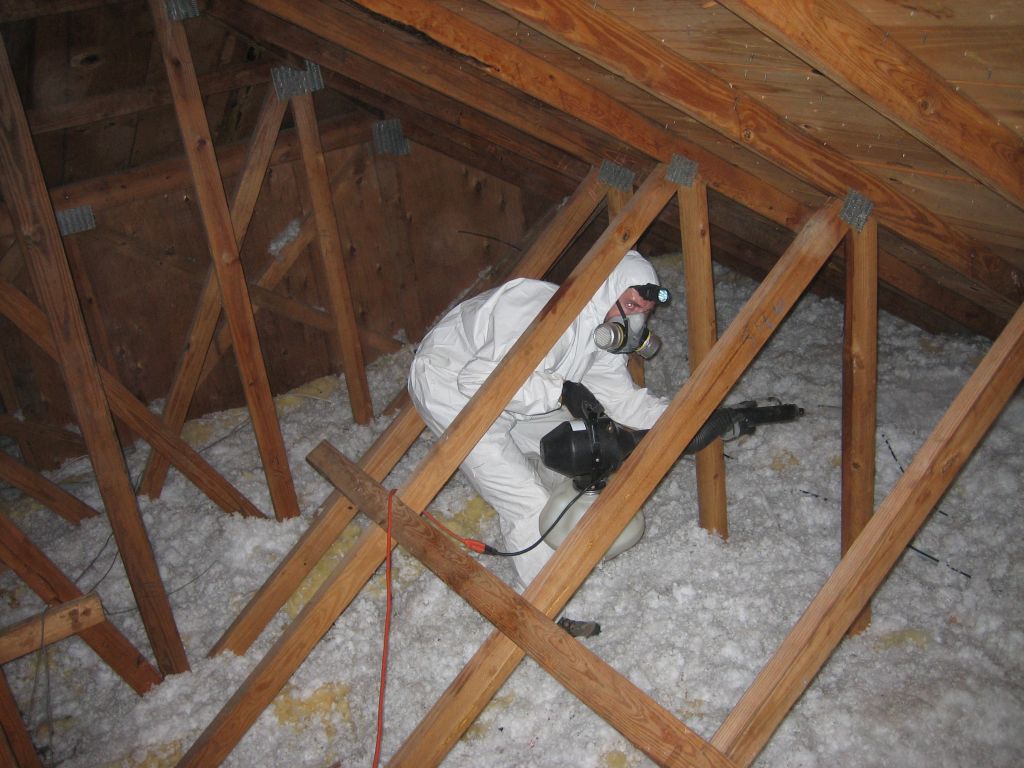 How to Identify Animal Sounds in Your Attic?

Nothing sends shivers down the spine of most people like hearing strange noises from the attic. When that happens, you know there’s wildlife, and your mind enters this frenzy of trying to answer many questions. What kind of animal is there? How much damage has it done? Are there baby animals in my attic? What can I do about it? And lots more.

At Woodlands Wildlife Texas, we know how unsettling that can be. But we’re here to tell you that hearing strange sounds might be beneficial. At least you have a clue to decipher what animal might be in your attic. And in this post, we explore how to identify some animal sounds in the attic.

Squirrels are most active in the daytime, and running around your attic is not uncommon. This is when they go in and out of your attic to store food. As diurnal creatures, their noises are loudest early morning and late night because that represents the start and end of their daily activities. Some of the common sounds they produce include scampering, scurrying, and scratching sounds.

Because they often roll nuts or acorns, it’s also possible to hear rolling sounds from the ceiling. And because they love to chew on wood and other items in the attic, grinding and gnawing sounds emerging from the attic may spell squirrel infestation.

Rats and mice are arguably the most common household pests. They are highly adaptive and have learned to live near humans, relying on our food and shelter while evading escape. Unfortunately, they are very destructive, especially in the attic, where they chew on wood, pipes, wire, and soil the insulation with their droppings.

When you have rats and mice in your attic, you will likely hear the light pitter-patter of footsteps. Other sounds they make include gnawing, grinding, scuffling, and scratching.

Mice, in particular, squeak and make other high-pitched sounds. This is especially true when the males search for a mate or when babies are in the attic.

Because rats and mice are nocturnal, expect to hear the loudest noises after sundown. Unfortunately, it’s never a good experience to listen to noises from your attic when all you want to do is take a rest from the day’s work.

Bats love to reside in the attic because of the height, warmth, and safety it provides. Hence, the attic is a great place to escape the extreme cold of winter and give birth to their young ones.

Bats do make some noises, but it’s difficult to hear because they will fly to the high rafters. This means you’re more likely to see them make their way into your attic than you are to hear them. However, some of their vocalizations include squeaks and chirps. What’s more, if a bat gets stuck in the wall, you may hear flapping sounds as it tries to escape.

Because bats are a protected species, getting rid of them is not as straightforward. That’s why you should involve a removal expert like Woodlands Wildlife Texas to avoid paying fines for improper removal of bats.

As nocturnal foragers, raccoons leave their nest at dusk and return early morning – and that’s when you’re most likely to hear them.

Raccoons are very big for an attic pest. Hence, a 40-pound creature in your attic comes with lots of noise. First, expect to hear banging, thumping, or knocking noises. If there are babies in the attic, add whining, crying, and mewing to the noises you’ll hear. And as the babies grow, those screeching noises will be converted to thumping sounds as they start playing around the attic.

Because raccoons are highly destructive, you must eliminate them once you suspect an infestation. Failing to take action will only worsen the problem.

Ignoring animal sounds from the attic will not make the problem go away. Contact us at Woodlands Wildlife Texas to help with your wildlife infestation problems.